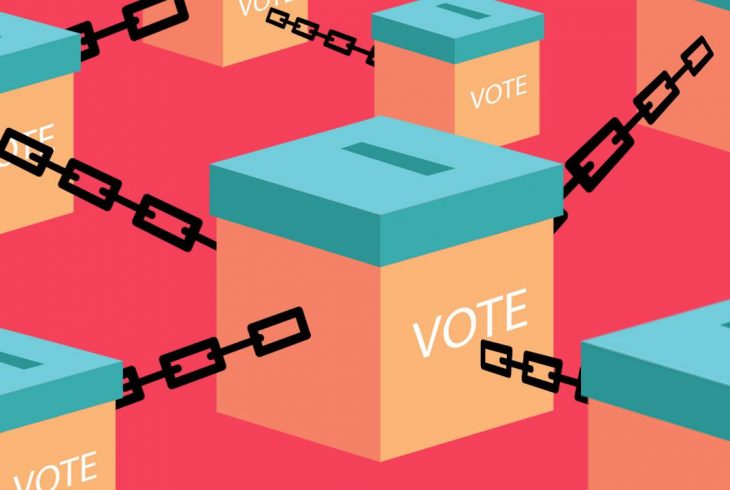 Intensive technological development has a strong impact on the modernization of democratic institutions. Various innovations in the field of digital communications have also affected the rather traditional sphere of popular voting. The widespread adoption of distributed registry technology has had a particular impact on the rethinking of their organization process. Distributed registries have gained the greatest popularity with the use of blockchain technology. Despite the fact that initially this technology was considered exclusively as an element of the development of the industry of information and then financial technologies, at the present stage it is gradually becoming more widespread in other spheres of human activity due to the high degree of security and confidentiality.Today we will look at the world practice of using this technology in popular voting. Separately, we will analyze the technical solutions used in the most actively developing projects aimed at developing their own software for electronic voting using blockchain technology….